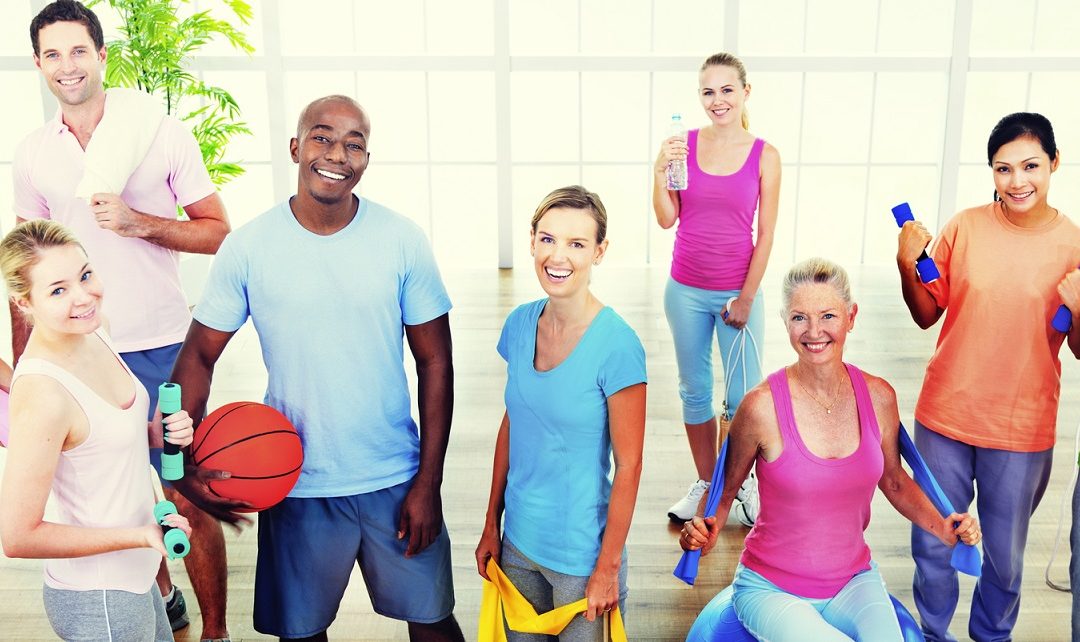 Physical Therapy Versus Chiropractic, Which is Better?

“Alternative Medicine” and “Pseudoscience” are terms that have often been associated with the practice of chiropractic, however, it is rare to see the profession of physical therapy scrutinized in the same manner. While physical therapy has long been widely accepted as a means of rehabilitation and treating musculoskeletal pain under the medical paradigm, chiropractic care has had some difficulty reaching the same level of acceptance in mainstream medicine. Physical therapy has been largely  considered an evidence-based discipline, because the methods physical therapists use include accepted medical research, to support their practices which deems the profession effective. The practice of chiropractic, on the other hand, has not always been held in the same  high regard by mainstream medicine  Why is this ? Also, what  are the differences between the two professions and why would individuals seek the services of one over the other?

Let’s explore these questions and see how these two disciplines evolved and how they intersect in our healthcare system, when it comes to treating musculoskeletal conditions.

Both chiropractic physicians and physical therapists have the common goal of improving their patient’s functional quality of life. Both disciplines utilize methods of rehabilitation and a variety of techniques to help patients heal by promoting strength, motion and function. Then why historically have physical therapists generally been more highly regarded in the medical community (and the general public for that matter) than chiropractic physicians?

Both professions emerged in the 19th century, and both  disciplines took a significant amount of time before they became widely accepted and utilized.

The first known account of the physical therapy profession was of Per Henrick Ling who was prominent in the world of gymnastics in 1813. He founded the Central Institute of Gymnastics where massage, exercise, and manipulation were key points. From that  time it took over 100 years, two World Wars and the Polio Outbreak for physical therapists to securely implant their profession as an essential component in the medical system. Many of the physical rehabilitation procedures in the military were being performed by nurses during this era. However   as nurses became in higher demand for regular medical services a void was created and was quickly filled by other practitioners doing physical therapy  . From that point forward, the discipline of physical therapy was accepted and has been growing ever since.

Chiropractic was not so fortunate, and in all honesty a portion of the chiropractic  physician’s plight has been self-inflicted.

The first chiropractic adjustment was documented in 1895, by a gentleman named DD Palmer. Palmer cultivated the discipline over many more years. Eventually DD Palmer gave way to his son BJ Palmer, who broadened the awareness of chiropractic in the United States to the point that by 1931 a majority of states recognized chiropractic as a legal practice. This did not, however, mean the profession was necessarily accepted by the medical community.

There are several contributory reasons for this disconnect. One of the biggest interestingly enough implicates the American Medical Association (AMA). The AMA was actually found guilty of undermining the chiropractic profession for decades as is cited in a 1976 lawsuit filed in federal court by Chester Wilk and other chiropractors. Eleven years later in 1987 the courts ultimately favored the side of the chiropractors, saying the AMA participated in a “lengthy, systematic, successful and unlawful boycott” targeted at eliminating the chiropractic profession.

While the undermining of chiropractic physicians by the AMA has had a considerable negative impact, chiropractors, themselves,  have also created their own issues. Failures to align as a profession and produce evidence based research have hurt  the reputation of chiropractic physicians and practitioners.  The truth is that until recent decades the chiropractic field really has struggled to produce reliable evidence showing that chiropractic treatment was indicated for musculoskeletal conditions such as Neck Pain and Low Back Pain. While research is now much more available, the combination of this failure to document evidence based research and the damage of fighting the medical community over most of the 20th century took its toll on the chiropractic community and can still be felt today.

There are other theories but one that is most important to consider, has been the physical therapists’ ability to create a truly successful national professional organization. Since 1921 the American Physical Therapy Association (APTA) has played a huge part in advancing their agendas and amassed over 95,000 active members. Chiropractic on the other hand has not been so fortunate. Currently the largest national organization for chiropractic, the American Chiropractic Association (ACA), boasts a membership of only about 10,000 members. It pales in comparison to the APTA, in membership, financial backing and lobbying power, and is another example of how the chiropractic profession has shot itself in the foot over the course of its evolution. 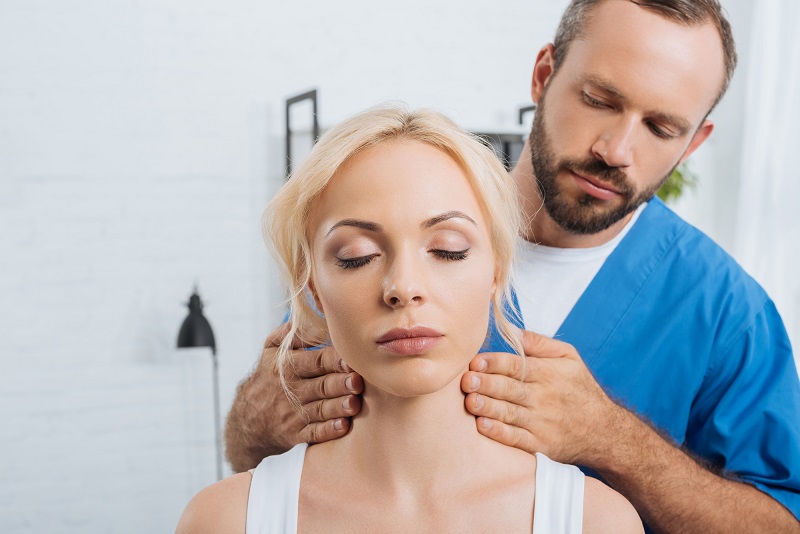 While there are stark differences in the way both professions have evolved, there are actually many clinical similarities. The history and foundation of both professions is centered around the use of manipulation and mobility to increase patient’s functional capacities.

Who do those needing pain management, rehabilitation, or general care, choose for treatment? Ultimately, the answer to that question relies on the patient and their needs. Both chiropractic  physicians and physical therapists are able to provide musculoskeletal care and rehabilitation to injuries and weakened parts of the body in an effort to avoid more invasive treatment. Both types of practitioners take a one-on-one approach to each patient, developing treatment plans and tracking the progress of their patients to ensure their outcomes are successful and that  each patient can reach their full potential. A key feature of both chiropractic and physical therapy is providing  “hands-on” non-invasive therapies to aid patients in restoring physical mobility and function in their everyday lives.

The primary focus of a chiropractic physician’s education is the diagnosis and treatment of spinal conditions. This focus incorporates treatments related to areas such as the skeletal and nervous systems, and the associated symptoms arising from these areas such as low back pain, headaches, disc herniations, back pain during pregnancy, etc. The primary tool chiropractic physicians use to treat is called “the adjustment” which occurs by safely manipulating a joint, often resulting in a “popping” sound. Since chiropractic practitioners also have the ability to diagnose, it leads to a wider range of patients. Having diagnostic knowledge allows chiropractors to refer patients to other specialists or for diagnostic testing such as CTs and MRIs. In most states they are considered physician-level providers, or portals of entry providers. This means a patient can seek out the opinion of a chiropractic physician without a referral from their medical doctor. They are also trained in taking and reading diagnostic imaging, and therefore will often have x-rays in their office. The degree a chiropractor carries is called a Doctorate of Chiropractic (DC). It is a professional postgraduate degree with the same amount of classroom hours as a medical doctor, although chiropractors do not have a residency, their philosophical training is actually closer to that of a doctor of osteopathy (DO) than that of a medical doctor (MD).

Physical therapists operate under a slightly different scope of practice, but like other medical practitioners it can vary from state to state. Physical therapy can be focused on several areas of the body to promote healing and recovery and is often used post-surgically or in an attempt to prevent surgery. Physical therapy treatment is generally associated with extremities such as shoulders, knees and ankles, but can include work on spines as well. Some physical therapists manipulate or adjust joints like chiropractors, but it is not as common.  Some p.t.s hold advanced degrees,with the primary degree for most physical therapists a Master’s, however the Doctorate of Physical Therapy Degree (DPT) has taken over as the standard in the United States for all beginning students. To obtain care from a physical therapist, it is likely you may need a referral from a physician such as a MD, DO or DC.

How They Should Co-Exist

It is easy, really, to see the way for both professions to co-exist. While some of the more controversial opinions contrast the two fields, they are really more alike than different. The average physical therapist, medical doctor (OD and MD) and chiropractor get along fine. Many actually refer back and forth between each other because they understand the benefits of all the professions.

At Smart Pain Solutions we promote the use of chiropractic primarily for the spine. People trust us, so they will bring us almost any condition. For that reason, we will often diagnose and troubleshoot shoulder, knees, ankles, etc. However, we are best and most successful in treating spinal complaints. When we have a case we cannot help, we refer the patient to one of our trusted neurosurgeons, orthopedists, physical therapists or pain management doctors; and they in turn send patients to us when clinically indicated. Using our office(s) as an example, most physical therapy clinics are going to be able to handle complicated post surgical cases and specifically extremity complaints much better than we can. That does not preclude physical therapists from treating spinal complaints. There are many who are great in this area as well.

This brief summary of the similarities and differences does not do either physical therapy and chiropractic justice. They are both integral parts of our healthcare system and provide quality care above and beyond what I was able to address here. My hope is that I was able to bring a little clarity with regards to what each profession has to offer, and how that came to be.