Why do you have to adjust my neck?

Why do you have to adjust my neck?

Chiropractors get this question a lot and I understand why. It can be a scary thing if you have never had a neck adjustment done before.

“You’re not going to crack my neck are you?”

“Do whatever you need to do, but I don’t want my neck adjusted.” 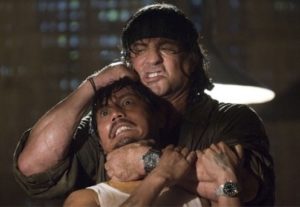 These are just a few of the objections we hear when someone new to chiropractic care comes into the office. Thanks to 80’s action movies, most people think a cervical adjustment is similar to a deadly maneuver performed by Rambo. Again, I can see why. But the truth is, skilled chiropractors are trained in safe and effective ways to adjust the neck. There are also many different techniques for adjusting the neck, some that are low force and may be a little less scary.

So back to the question at hand, do we have to adjust your neck? No, not if you are totally uncomfortable with it. But if you are having mechanical neck pain, or neck pain related to muscle tension, a cervical (neck) spine adjustment can and probably will decrease your pain.

Pain in your neck is often associated with an inflamed or irritated joint. When a joint is inflamed it typically does not move like it should. Additionally, 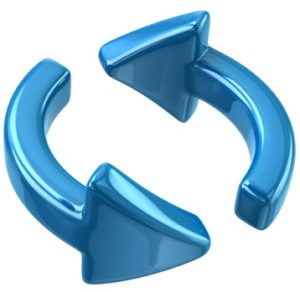 muscles near the aberrant joint receive signals indicating there is a problem. In response, these muscles tighten to help stabilize the adjacent segment, further reinforcing the problem and restricting mobility. Now you have joint pain and muscle stiffness. As long as the muscles are tight the joint cannot move, and as long as the joint is inflamed the muscles won’t let go. The complex becomes a positive feedback loop that fuels itself until something breaks the cycle. This is where the adjustment comes into play. By “popping” a joint we are putting motion back into the joint. A healthy joint is one that moves freely. The longer the joint stays mobile the more comfortable the muscles become, and they gradually relax.

Besides the fact that a neck adjustment may look scary, there are some legitimate fears that a cervical manipulation can cause serious adverse effects. The elephant in the room… a stroke. The reason for this is that there is a particularly important artery running through the neck called the Vertebral Artery. Two adjacent vertebral arteries (one on each side) join together forming the Vertebrobasilar Artery (VBA) which gives blood supply to the back of the brain. In the past detractors of chiropractic have hypothesized that adjusting a person’s neck could lead to tearing of the artery’s internal layer, ultimately leading to a clot which would result in a Vertebral-Basilar Artery stroke. Or that the act of adjusting someone’s neck could dislodge a clot, leading to a stroke. In short, these claims have never been proven or shown to have statistical significance.

There has been extensive research investigating the relationship between chiropractic treatment and the occurrence of a VBA stroke. A 9-year study concluded in 2003, found an association between chiropractic visits and vertebrobasilar strokes. The study also found similar association between primary care physician visits and these types of strokes, suggesting “that patients with undiagnosed vertebral artery dissection are seeking clinical care for headache and neck pain before having a VBA stroke.” The same study also noted that neck pain and headache symptoms “precede more than 80% of VBA strokes.” These patients likely have other risk factors such as hypertension, atherosclerosis, ischemic heart disease, hypercholesterolemia and radiation therapy.

In 2011, researchers began a follow-up study to further investigate and compare the associations between chiropractic care and VBA stoke with recent primary care visits and VBA stroke. They concluded, “we found no significant association between the exposure to chiropractic care and the risk of VBA stoke.” Furthermore, they went on to say “we conclude that manipulation is an unlikely cause of VBA stroke.”

A third research study performed in the U.K concluded, “although minor side effects following cervical spine manipulation were relatively common, the risk of a serious adverse event (stroke) immediately or up to 7 days after treatment was low to very low.” The 2007 study also surveyed 19,722 patients over “50,000 chiropractic adjustments, none of which reported a serious adverse event following cervical manipulation.”

In conclusion, the research suggests that is more likely that active strokes are walking into chiropractor’s and medical doctor’s offices rather than the doctor’s actually causing them. Being knowledgeable of common risk factors, taking proper precautions, such as blood pressure screening and a thorough health history are important when determining if a patient is a candidate for a neck adjustment. As a patient, make sure you are doing your homework when selecting where to go.

So answering the original question, we do NOT have to adjust your neck, but by practicing safe and proper procedures, we are confident that a cervical spine adjustment will ultimately improve joint function, reducing local inflammation and pain.

If you made it the end of this article we hope it was helpful.

Curious to hear what you think?